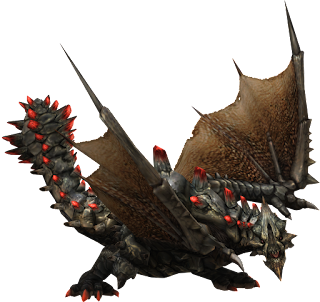 So I'm stuck on Monster Hunter 4 Ultimate on the 9 star quest: Advanced: Whale of a Hammer. I've 3 carted at least a baker's dozen times. The interesting thing is I can (mostly) pinpoint something I did wrong to cause the carts. Because of this (I think) I keep trying the quest. I concluded melee range is very risky, so I crafted my first set of gunner armor and bow. I have the positioning and timing down of the fight, so now my only problems are terrain forcing me out of position at a bad time or a failed dung bomb attempt trapping me with both of them at the same time and something going wrong.

So it turns out Monster Hunter is actually much more difficult than Dark Souls after you get deep into the game. Like many things different monsters will be harder for different people, but you will find at least a few to give you a hard time. This is the third quest I can think of that's given me serious problems, but this one more so than the ones before. So the question is why keep playing, and why does it feel fair compared to many other games?

I've read up on this and been thinking about it a while. I think the most comprehensive insight I got was an article about speed running games. It talked about how games needed to be predictable to speed run. The controls had to be tight, and in the same situation everything had to work the same way. Then playing a Mario Maker level that you just stood there and all kinds of things happened around you for 2-3 minutes while you watched a Rube Goldberg machine type of level push you through to the end. The game functions so tightly that they can do that.

That is the way Monster Hunter works. Fighting in this case two frenzied Black Gravios' you want to stay to the left of center because centered his beam will hit you and on the right side his downward beam will hit you on the way back up at the end. 90% of the time after any beam some kind of AOE attack will come from home so you have to be out of melee range, etc... Because mostly everything happens the same you can see your mistakes and what you could have done to avoid it. So you always feel like if you'd been just a little bit better you would have won!

I think this is the key... making sure the player can see how they could have prevented the death or penalty of whatever kind happens in your game. Games that don't get this have you dying and questioning why, did the AI get a lucky roll, was there anything in my control that could have let me win? Dangling the carrot at the end of the stick and realizing if you're just a bit better you'll be able to reach it is the sweet spot.

Closing Notes: Monster Hunter does have advantages here as by 9 star quests you have sunk a lot of time into the game and understand it. The variants of the monsters means you have fought an easier version of the same monster before, preparing you for this tougher version, and before you fight multiple monsters you've fought them solo and killed them, so nothing is new except the complexity of taking on multiple at the same time. But still the game is setup to make all this happen.
Posted by Billy Chatterton at 10:44 PM No comments: 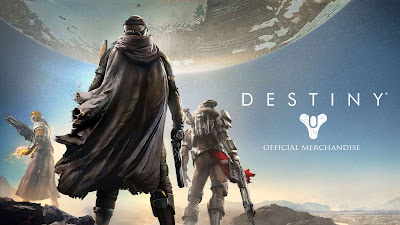 Contrary to the title this is not really a negative thread, it's a look at the mechanic. First off I'm late to the Destiny party, I've only played off and on for the last month or so and am around level 12. I know it's a polarizing game, but I'm mostly on the it's pretty good side, but not crazy about it.

So my experience so far is that you can go through the content quicker than you level up. So you get to the point that you are a level under the recommended level for the content and you end up dying on one of the harder waves, this restarts the set of waves, I die again around the same spot and this is the death loop.

The interesting thing about how they do it is you keep all the experience and gear you get on the attempt and so keep your progress and eventually you level up to the level the content was designed for, this boost in level, plus practice from seeing the waves a few times eventually allows you to push past. While going through 4 or 5 waves again is daunting, those kills are what allows you to level up after a hand full of attempts, so the progression is still there.

This does have pros and cons, if you want to play this keeps the game moving and you progressing fairly quickly. However, I have also quit playing and not picked up the game for a couple days knowing I was stuck in one of these death loops and would need a few more rounds before I broke out of it.

I do like Destiny's speed, it feels like you are playing old school Doom with fairly fast paced combat. It is in waves with less mobility, but it's in that spirit. I doubt I'll like it well enough to go through the grind I hear is waiting, but it's a huge hit and I just don't play console shooters, so it's something I can't be ignore and had to try. So far the ride has been fun!
Posted by Billy Chatterton at 12:05 AM No comments: 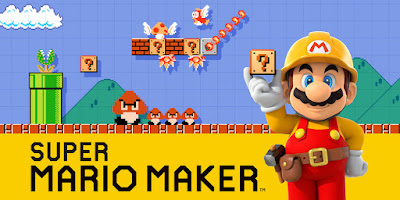 Ah Nintendo, you do everything a little bit different! Some times better, most of the time just stranger... Anyway, why am I blogging about Super Mario Maker and not playing it? Timed progression!

So I have only a few small problems with the game:

The first is the price point, I know it's Mario and a console release, but this is a development tool they already had laying around they decided to release as a full title. And yes I know it takes a lot of work to polish dev tools to a public release state, but still.

Second it requires the Wii U gamepad, the huge, screen one that never feels right when you're playing on it, and only for the touch screen. What you see on the tv is EXACTLY the same as what you see on the gamepad. I've never liked the controller and use a pro controller whenever I'm able, this won't matter for some people.

Those two are both minor complaints, now to the big one... The "building blocks" you use to make the level unlock over DAYS! 9 DAYS! (according to reviews) that's insane! And the controls you get out of the box don't even allow you to make world 1-1 from the original game! I feel like I should probably embrace a minimalist approach and make levels as fun as possible with the limited controls, but there was so much fun I wanted to have that I'm just disappointed... I'm hoping I don't have to play every day for the 9 days, but the tutorial kinda sounded like it. I'll pick this up in a week and two days and hope everything is working I guess... This strategy sounds okay to someone that's never played a Mario game or pretty much any other platformer, but selling this as the end all to make awesome Mario levels and then locking it down for the first 9 days is just messed up... this is the wrong kind of different. Even a tutorial progression that took an hour might be alright, but not timed with no way to bypass. /sad

Maybe I'll post an update 9 days from now about how good the game is... I really look forward to playing it!
Posted by Billy Chatterton at 3:42 PM No comments: