Life Before the Quest Journal or A Day in Zelda: Twilight Princess First thing: There are spoilers from about 30 minutes into the game until about the hour, 1:15 mark. If you haven't played the game yet and don't want spoilers complete day 2 in the story and then read this.

This is mostly an observation post... Going back and playing games from years ago before we had what are now common game mechanics can be interesting! In this particular post it will be the Quest Journal. Modern games keep track for you: bullet point quest objectives, map way-points, etc, you don't have to even read the story text.

This was not always the case! As you can see in this example, to have any hope of progressing in a timely manner you have to read all the dialog and be a little bit lucky. It requires figuring out the order, how everything works together, and not forgetting about any of the parts while trying to solve the whole.

This is also an interesting consideration because a lot of times I ponder leaving popular mechanics out of some of my game ideas for a variety of reasons... but what impact would that really have?

So with no further adieu here is day 2 in the newly re-released The Legend of Zelda: Twilight Princess HD.

The only expectation I was given from the day before was one of the kids in the village was finishing a fishing pole and it would be ready for me today. 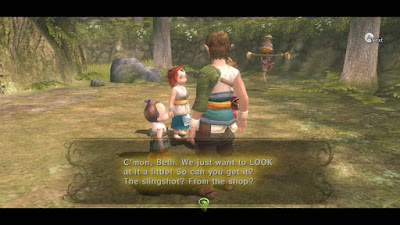 I climb down out of my house and find the kid that was suppose to give me the fishing pole, instead there are three kids and they are talking about a sling shot at one of their family's shops. 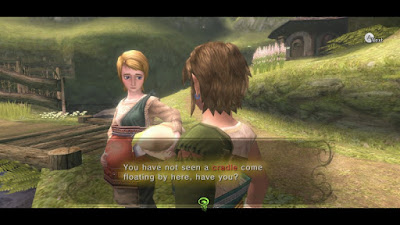 On the way into town I see a lady complaining she lost her baby cradle and expects it to be floating down the river? I get side tracked investigating this, but nothing really pops up... I do note a cat in the game because it looks a lot like my cat in real life. After a bit of searching I follow the river up stream and find a monkey and some land (visible on the map) I can't seem to get to. I try using adjacent zones, etc, nothing, so back looking for the sling shot. 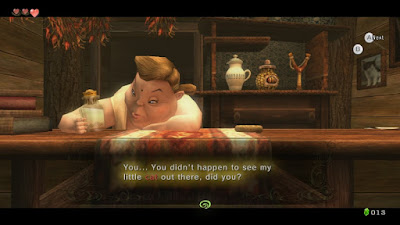 I am able to find a shop, but the lady running it is so distraught about her cat she won't sell me anything... I wonder if it is the same cat I saw earlier. I go back and try to herd it back towards the shop. (The game has taught me this is a mechanic, but the cat doesn't cross the water well, it won't use the bridge, it will swim or get stuck under it, but that seems to be it.) After trying for a while I give up on the cat too and start looking around. 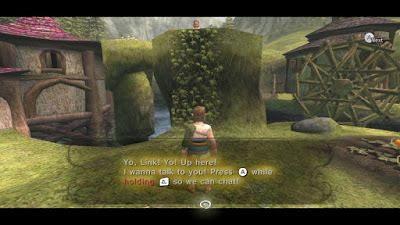 This guy sitting on top of whatever this is who wasn't saying anything before starts talking to me... And then about grass I can use to call my eagle... funny thing is the eagle can't do anything from here... however if I jump a couple more platforms there is more grass and I can call my eagle from there, and I have a better view of the monkey that was upstream but blocked off. And it looks like he was holding a basket. 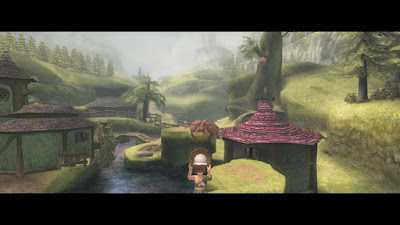 So I send the hawk out from this 2nd spot at the monkey and the hawk brings the basket back to me! 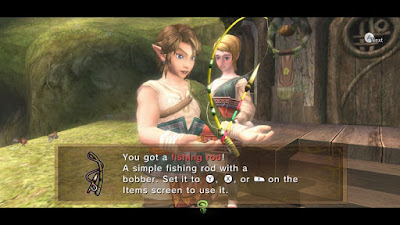 I take the cradle to the mom of the kid who was suppose to have the fishing pole for me and after walking her back to her house she gives me a fishing pole. At this point I do put together that the missing cat had to do with a fish and so I go out and catch a fish and then look for it in my inventory and try to lure the cat back to the shop again with no lock. After trying a couple times I give up. I had talked to a guy earlier that wanted a bee hive knocked down, so I found a spot I could send my owl out and knock it down... this seems to be purely optional, but hey, I was able to progress something. 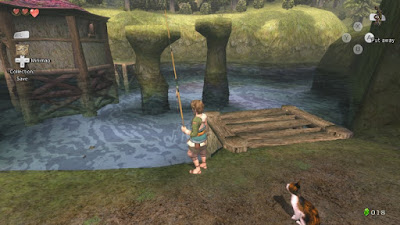 Since the fish wasn't usable after catching it, I had a thought... maybe if I catch a fish by the cat?!? 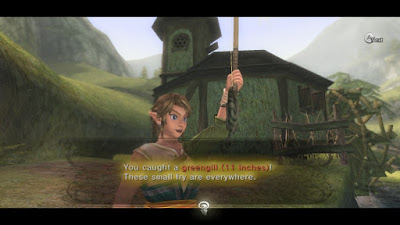 So I caught a fish! The cat stole the fish... and ran home! So I follow the cat inside and good news! She is now ready to sell things! 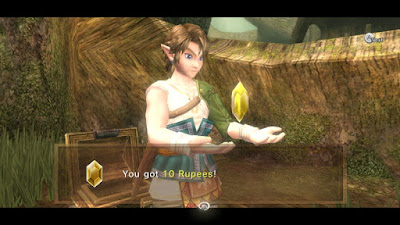 So I head outside and collect 30 Rupees to pay for the sling shot that are scattered around the village. 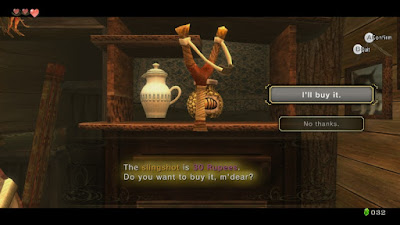 I purchase the sling shot! And try to take it back to the children, but I'm stopped just before them and told by on of their fathers that he dropped off a package for me... Now how old am I suppose to be? I play with the children, but have a job, but everyone mostly treats me like a child, but the children all act like I'm older, but all the adults act like I'm younger? idk... Anyway, I finally get to the children with the sling shot. They make me show off my skills with a sling shot... 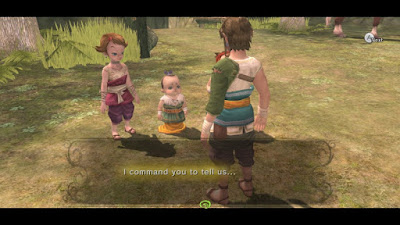 before flat out demanding I bring back whatever the delivery was. So I go back into my house, find a big shiny blue box and find a wooden sword in it... wooden... Of course the children want to see me skills with the wooden sword... as soon as I'm finished showing off a monkey comes out of the woods and all three children chase after it... because... 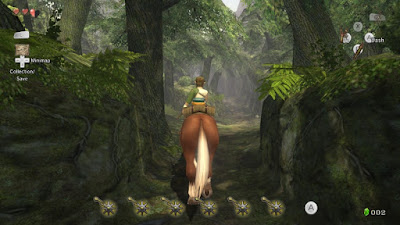 I mount my trusty steed who drives more like a garbage truck than a horse and head off into the woods... with only that wooden sword. I come across two of the children along the side of the road abandoning the third and leave them out in the cold to thing about what they have done... 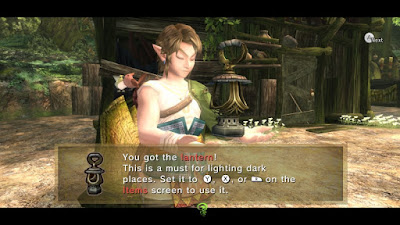 I run across a merchant who gives me a lantern so he can over-charge me every time I want to re-fill it. And he sends me on my way into a dark cave where my horse won't follow with only a wooden stick and a lantern that doesn't hold enough oil. After a fair amount of time in the caves I finally find the 3rd child and the monkey that started this trip caged up between two bad guys... I bust them out and bring the girl home. 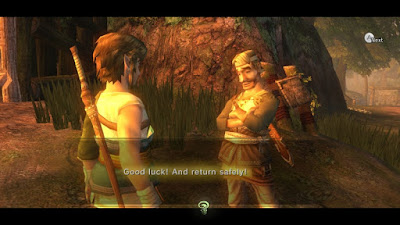 I run into the father on the way back home and he tells me I'm going to take a present from the village to the castle the next day... after a short dialog and thanks for saving his son I apparently head to bed... that was Link's day off of work!

It will be interesting to play through a game from a time with less hand-holding and more puzzles even in ways we now take for-granted! I'm looking forward to what I can re-learn!
Posted by Billy Chatterton at 2:31 AM No comments: