What do you do with game mechanics you don't like? (Hollowing in Dark Souls III) 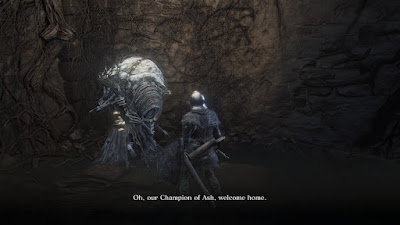 First a quick disclaimer: There are spoilers for a very early NPC you come across at the beginning of Undead Settlement, and the game mechanic surrounding it. If you've already read the various posts around the internet about unlocking the secret endings to Dark Souls III, this purposefully gives less spoilers.

Hollowing has been a part of all of the Dark Souls games in one way or another, and though the mechanics have changed I've never really liked it. In Dark Souls III it is optional. I read up on hollowing and it appears you really SHOULD follow this quest line... you are given free level-ups, and the "best" ending of the game requires you to see the quest chain through to completion.

So the real reason I find this fascinating is that the only real draw back (that I can confirm) is it rots your character cosmetically. You go from looking like this: 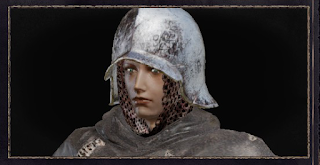 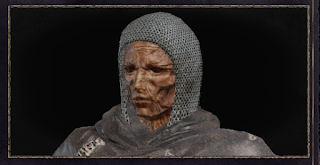 To make this less rational... I normally wear the highest defense armor I can find that isn't super over-weight. So normally that involves a helm that completely hides my face. (In my current game I'm not there yet, but it's coming, and the camera is behind you in game anyway.) It's completely irrational that I would miss out on a large quest chain, the "best" ending for the game and free level ups to not look like a zombie right?

But still I rolled back my save losing a weekend's worth of play to avoid going hollow in the first place. 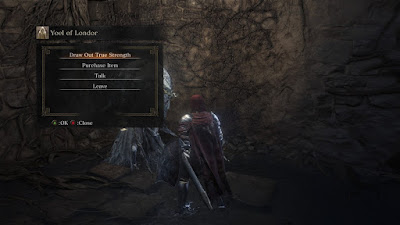 So now Yoel of Londor is sitting at Fireling Shrine offering to "Draw Out True Strength" while I still look like this: 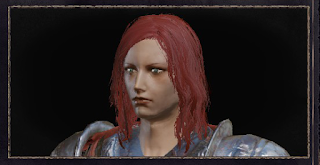 I read up and know I have a limited time to make my choice, but I just can't bring myself to go hollow now that the game doesn't require it. The first words out of Yoel's mouth(y thing) is "kill me" so I even did that before reverting that save as I didn't know if "sin" was tracked in this game. Maybe in New Game + I'll try out going hollow, and maybe I'm more opposed to it because of some of the horrific drawbacks in the previous games. I do really like being embered, I'll just stick with that! :) 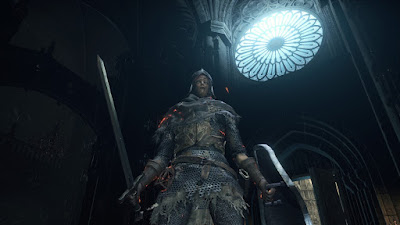 A couple more spoilers, but if you've read this far I don't want to lead you astray: What makes it worse is I know I can even cure hollowing if it does indeed get bad (I read some of the mechanics may actually degrade if your hollow level gets to high), so it's not even an unrecoverable choice... Part of me is made for not making it, another part mad for reading up on it and spoiling it, but I was already at the point I was going to revert my save to get rid of it, I just wasn't sure what I was giving up, the answer is a lot... but somehow for some reason it doesn't matter.
Posted by Billy Chatterton at 12:33 AM No comments: