There is something interesting that has been going on in video game art for a while now. In-game models haven't been able to be displayed at the fidelity of the target or ideal art style.

JRPG's like Fire Emblem Fates pictured on the right have been dealing with this for a while now due to limitations on their former and current systems. The genre has always been big on hand-held systems and has been popular since at least the Super Nintendo Entertainment System (SNES), if not earlier.

As a result of these limitations you see beautifully hand drawn portraits shown over the top of in-game models that fit inside of the system's limitations.

Recently, fighting games were still using this technique. It appears Street Fighter V is using in-game models (possibly with higher texture quality), but Street Fighter IV still looked like this:
Technology is getting better and the newest of titles on the current generation of hardware are using in game models. As an example Killer Instinct:
Even Gigantic is replacing some really nice 2d artwork with in game models:

This is done for various reasons both officially and unofficially. It's easier to maintain one asset as opposed to all of them. Some studios like ArenaNet have said they want customers to know what to expect in their game so they've gone as far as to make all promotional tailors using in-game assets. I just kinda miss the 2d assets. They are softer, more real, and more artistic in my opinion. They allow for something that either can't be done, or is too time consuming to make in the actual game.

I've been searching for a firm grasp on an art style for some Unreal Engine 4 work I've been doing when I have spare time so I've been watching this a bit more closely than in the past. Right now, I think cinematic mixed with a few post effects that are actually in game are getting close to what I'd like to get to.

Other than finding out what all the fuss was about, I picked up Fire Emblem Fates because their cinematic are so good! I think with the limited shadow calculations I believe a better system could render these on the fly with only a few miner tricks.

Of course the day we are all waiting for is when the Blizzard cinematic quality can be rendered real time in a game... I feel we are probably many years from this, but honestly I don't care about pure realize if this can be pulled off.
Posted by Billy Chatterton at 1:12 AM No comments:

The Current State of PC "Ports" 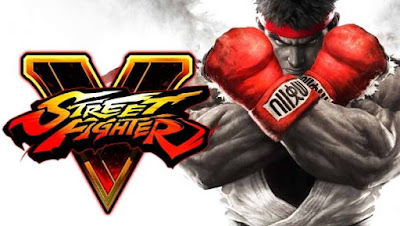 There seems to be a disturbing trend with PC ports. Over the past few years we've been treated to mostly decent ports of the majority of games coming out on the current generation of consoles, but that's starting to digress back into the way things were before.

I recently purchased Street Fighter V on Steam and ended up returning it within 48 hours after not being able to solve a crash bug. I'm sure Capcom will fix this bug in the near future, so I'm planning on purchasing the game again when Juri is released and I can get the game at a discounted price. I did attempt to purchase it at release, but was disappointed that I can't run one of my favorite franchises at it's pinnacle visual peak.

I never had any issues with Arkham Knight, but it was notoriously pulled from the Steam store and no-questions-asked refunds were offered even after it returned to the store nearly 6 months after release. 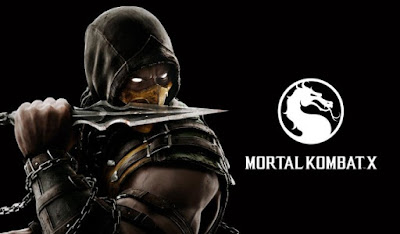 But by far, the worst example in this article is Mortal Kombat X! After putting out a decent PC port of a decent fighter they made the choice to stop supporting the PC version with new content. Most of the work is already done. There is a PC port and the content is already being added to that current port. Games are developed and tested on PC long before they are ever loaded on dev kits for console testing!

So the big question why aren't we getting good PC ports?

I'm sure every one of these games and the numerous other examples I could have used have their own stories. Here are a few things I have seen that may be contributing factors:
I'm not sure exactly why we are seeing a steep decline in quality, but we are in danger of taking a huge step backwards. Please buy your PC games, let the publishers and developers of any games you want to see on PC know you want their games, and respectfully be specific about port quality and features you appreciate in your games.
Posted by Billy Chatterton at 12:16 AM No comments: