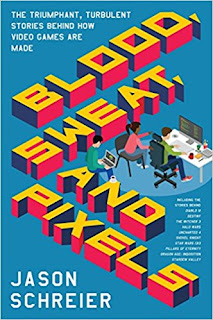 So I did something I do less then I finish a game: I finished a book! I received this book from my wonderful wife for Christmas and 16 days into January I completed it with travels and all.

Who should read this book?

Jason seems to have a good grasp on the games industry. The introduction is about the most honest straight forward account I've read. Some of the chapters about larger studios are from an upper management point of view and so they glamorize and necessitate "crunch" as part of the process while talking only about high level issues, and filtering everything through their PR department. While these chapters are still interesting the best parts of the book are the less guarded chapters including examples of independent studios and a single developer telling his story.

From chapter 4 or 5 to the end the book shines with a "tell it how it is" feel. The book has an honest portrayal of what making a game alone or as a small team might be like. It shows how even "successful" studios are often only a single failure from closing their doors and some of the struggles and compromises they make to stay afloat. It looks at why some of the design choices may have been made and the struggle between developers and publishers that effect games more then most people realize.

It's a fairly short book at 279 pages with good sized print, but the thoughts are put together and presented well including footnotes. Many of the stories I knew something about, but each had more details than I knew before reading. If the studio has released multiple titles Jason also does a quick historical overview of relevant history to catch you up with the story he's telling. The games covered in this book are: 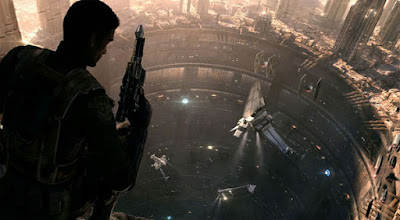 I have slight disagreements with his conclusions. I agree that it is a wonder any game ever gets made with everything that happens during the process, and crunch will always be a part of games, but i feel for another reason.

Games can and should be scheduled out to work within the studios budget and timeline, if crunch is required something went wrong and you need to hire for the work or move the date. It's illogical and probably illegal most of the crunch that happens in the industry. Planning for everything to take the maximum time you think it might seems to be working at studios I've worked for recently. This approach gives tasks that complete early to cover the ones that go long. At some point if you commit to a deadline you might need to put in a bit of extra time to make it, but there should never be long crunch phases, it's simply unsustainable.

So why did I say crunch will always be around? It is touched on a bit in this book. Game development attracts perfectionists and people will put in the time to do as good of a job as they can. If there is often "extra" time because of proper scheduling the level of polish will be higher with less bugs. If extra work is optional people will do it as passion project in a sustainable way.

Okay, sorry for the mini-tangent on the mini-review. Buy the book, it's a great read about the industry! If you're still on the fence Jason has posted a full chapter about Diablo III here:

Read it and pick up form favorite book store!
Posted by Billy Chatterton at 10:59 AM